If you follow me on Facebook you may remember that I was updating this picture a few weeks ago.  It’s a lovely print, but I was wanting something with a beautiful saying or verse in the frame instead. I though while I was at it, I would write a post on How to Replace Old Pictures with New Stenciled Art.

By the way, don’t you just love the detail on the frame?  Anyway, I decided to design a stencil that would fit the frame.  I used the verses in 1 Corinthians chapter 13 to design the stencil.  I also used the overlapping stencil method to cut this stencil, from this Cricut tutorial I wrote on cutting extra large stencils. 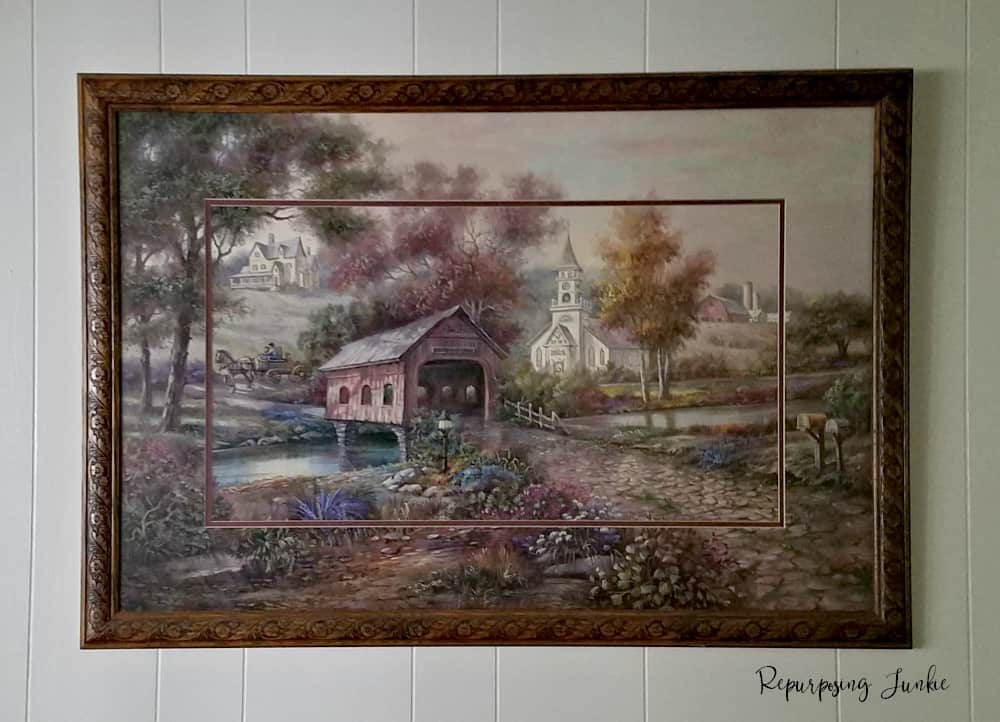 To replace the old picture, I first took the staples off the back of the print and removed the entire contents of the frame.  My husband then cut a 2’x4′ piece of lauan to fit the frame.  I painted the lauan an off white color and stapled it in the frame without the glass.  Then I started the stenciling process.

After cutting 4 stencils to make the extra large stencil, I applied the first part of the stencil.  I must say the first stencil is the most time consuming and most difficult only because of measuring and lining it up in accordance with the whole design and making sure it’s centered, but after that it’s stenciling as usual. 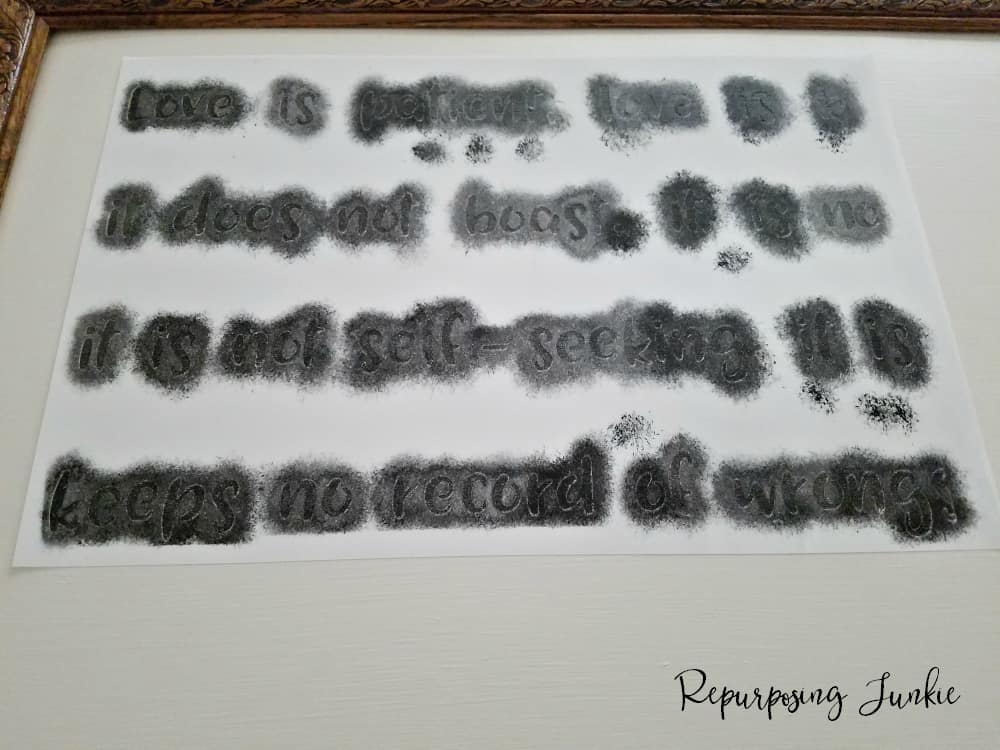 Then the second part of the extra large stencil is ready for application.  Do you see how the letters overlap, so there’s no need to worry about joining at the seams? Blending the layers of stencils is so much easier with overlapping stencils. 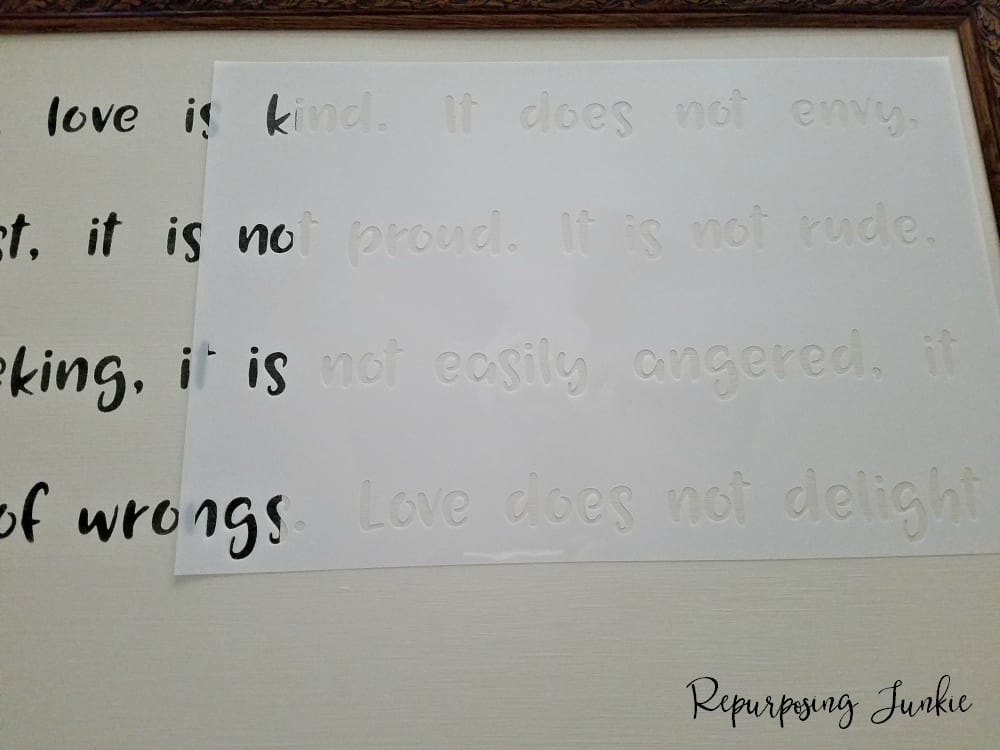 I continued until all the parts of the stencil were applied. 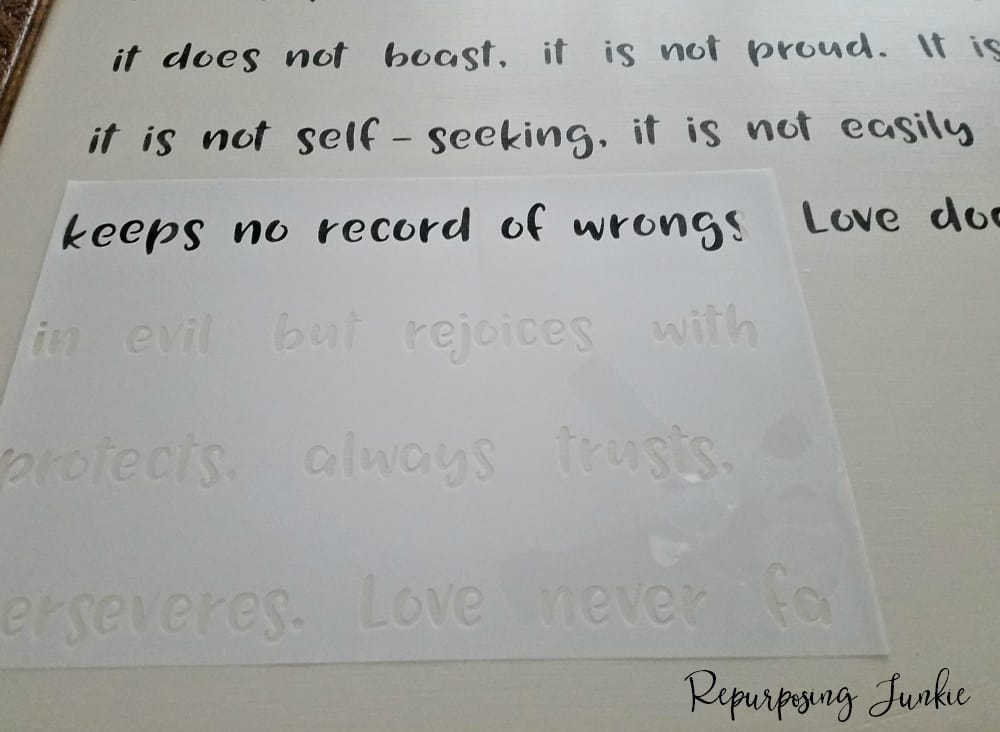 Here it is finished. 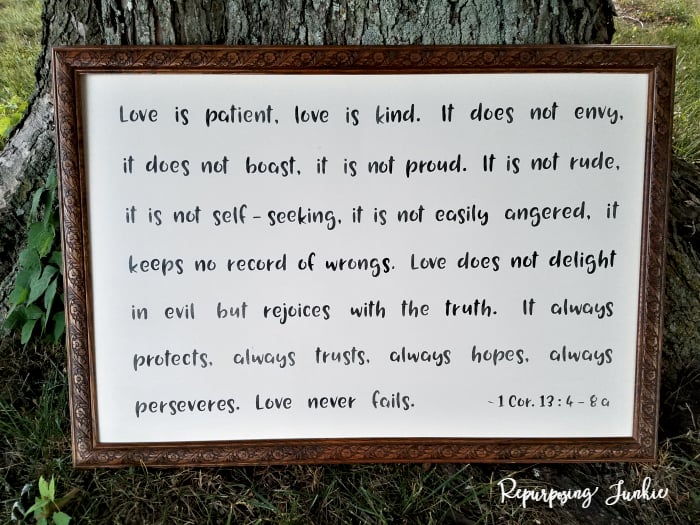 The free SVG and JPEG cut file of this stencil design is available, for personal use only in my Resource Library. Due to the number of lines and letters, it is only recommended for cutting extra large stencils.

I will make both free JPEG and SVG files available for download, in a zip file, in my Resource Library. 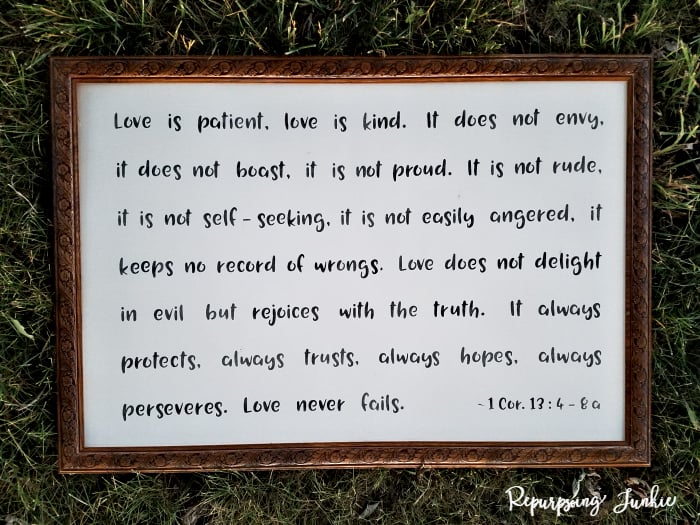 I hope you have enjoyed this upcycle! 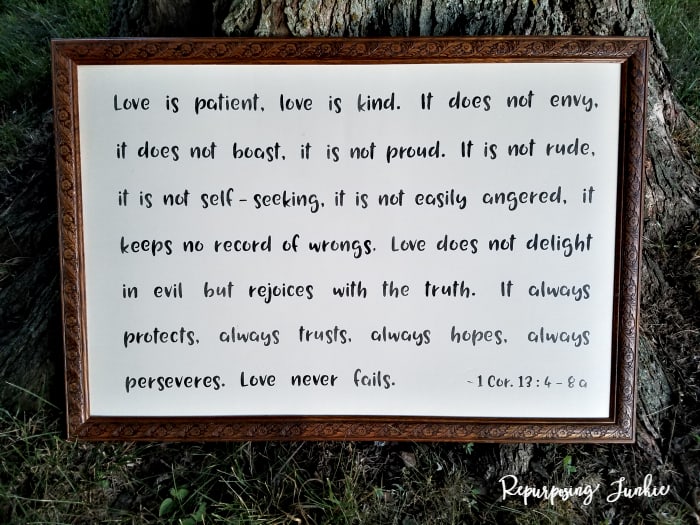 Put a Pin in this Project, How to Replace Old Pictures with New Stenciled Art 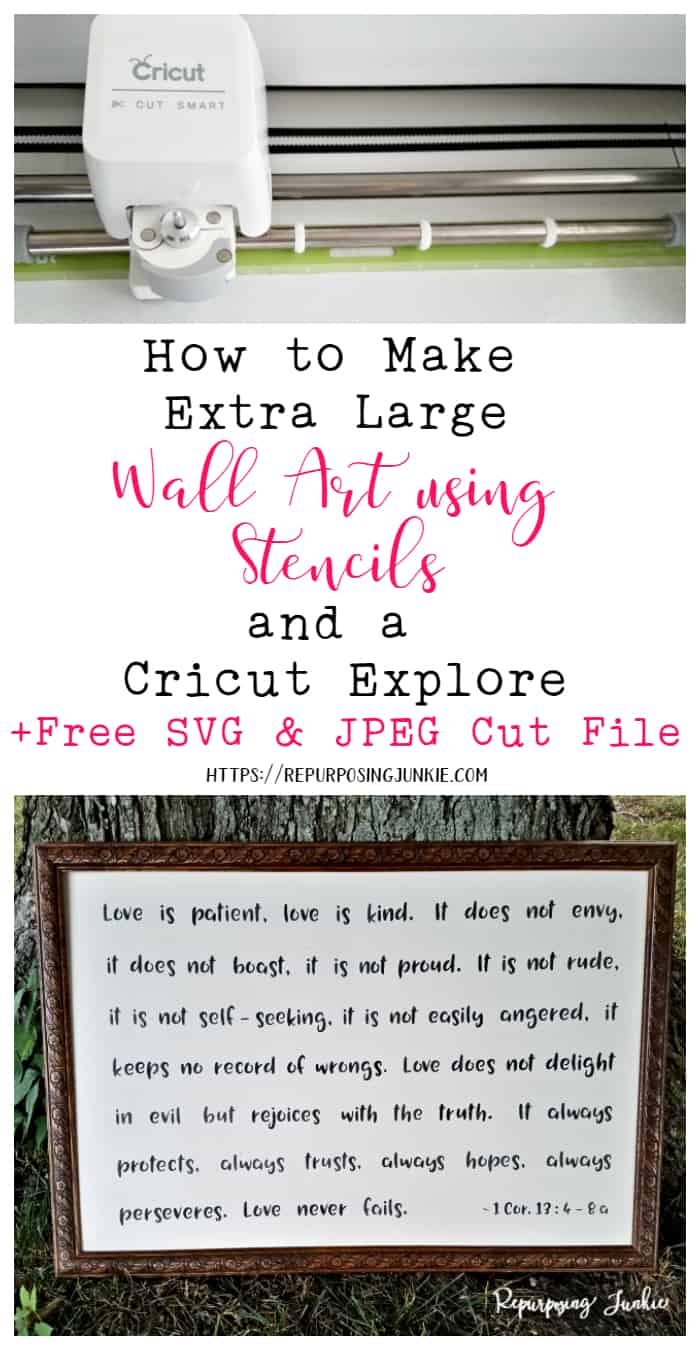