I’ve put together this tutorial to show just how I am able to use parts of stencils to make unique designs on projects.  I had a scrap board lying around that will be my stenciling canvas.  I painted it first with a layer of blue, then white, and another blue layer, letting it dry between coats. 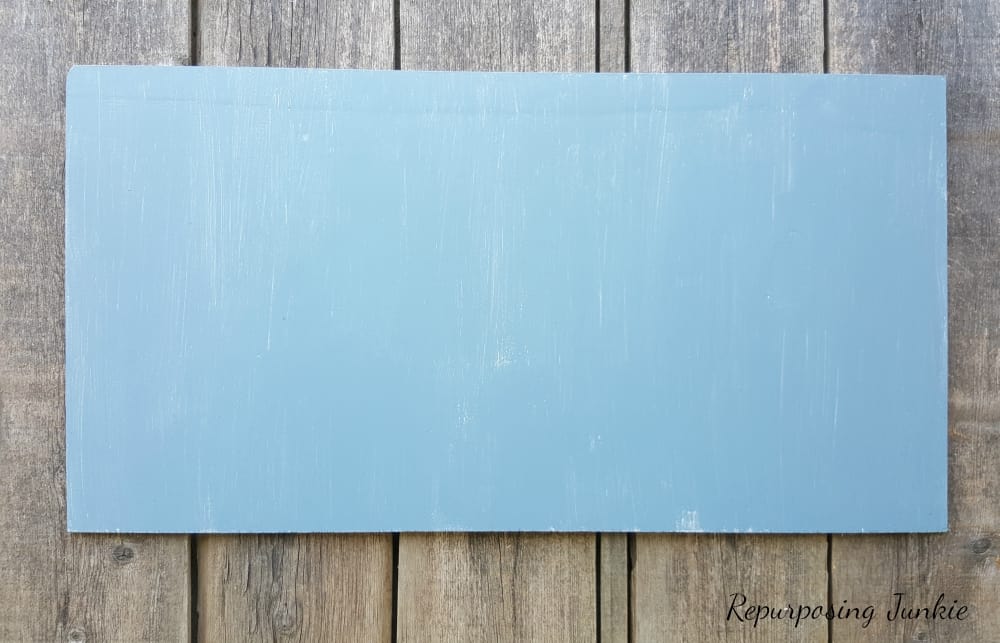 I bought this vine stencil a while back at Hobby Lobby for 80% off because of that big gash down the middle of it, cut by a box knife.  I have used this vine stencil on the $5 Dresser Makeover, and our kitchen table which I’ll post about soon. 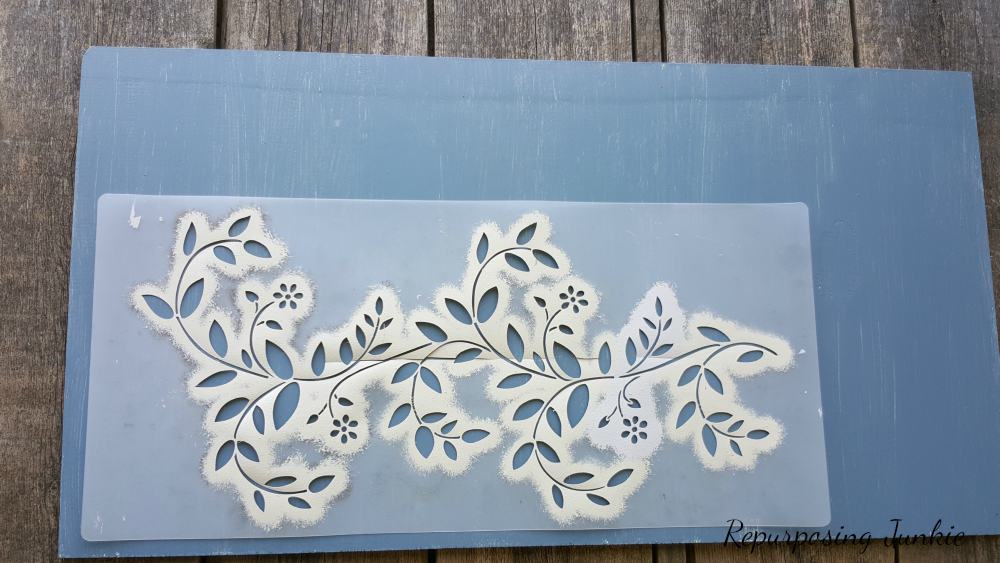 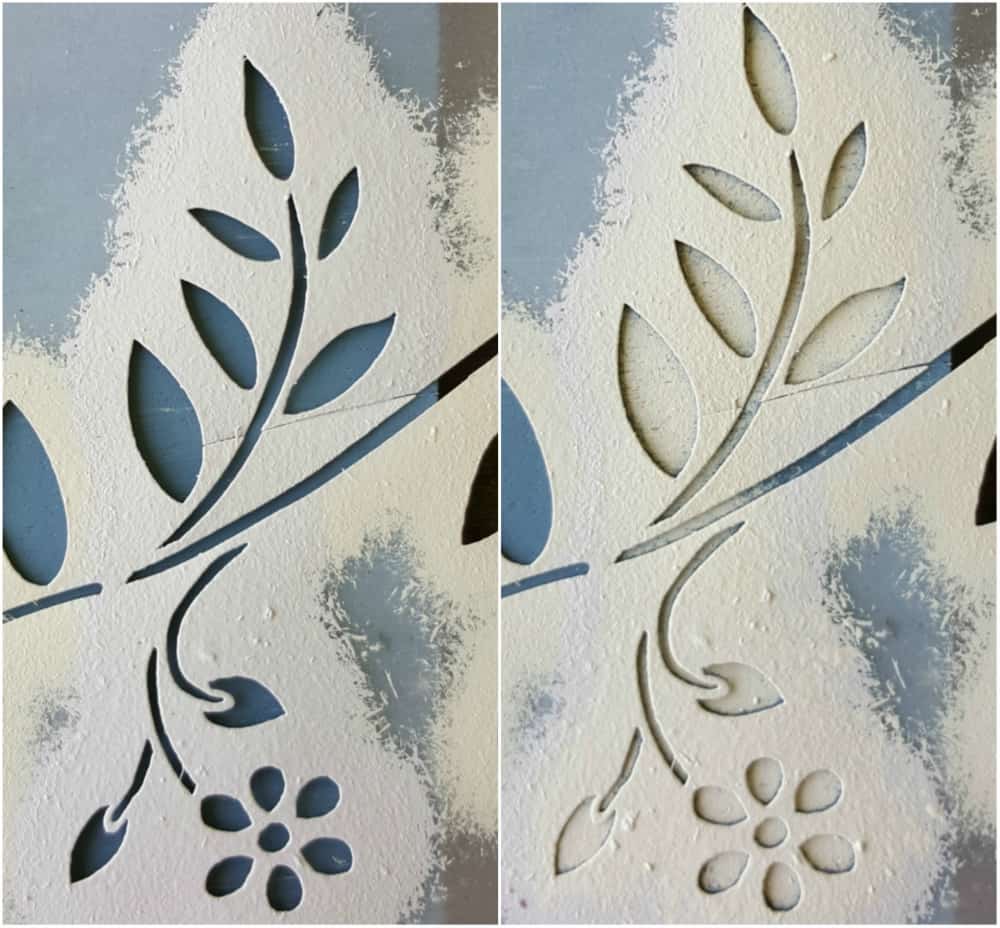 When using parts of a stencil I find it helpful to use a smaller stencil brush, and if by chance I get paint in an unwanted area I gently take 220 grit sandpaper to the stenciled area to “erase” any unwanted paint.  Distressing the entire piece helps to hide any oopsy paint marks too.  Also, it may be helpful to tape paper over areas of the stencil that are not going to be used in the new design. 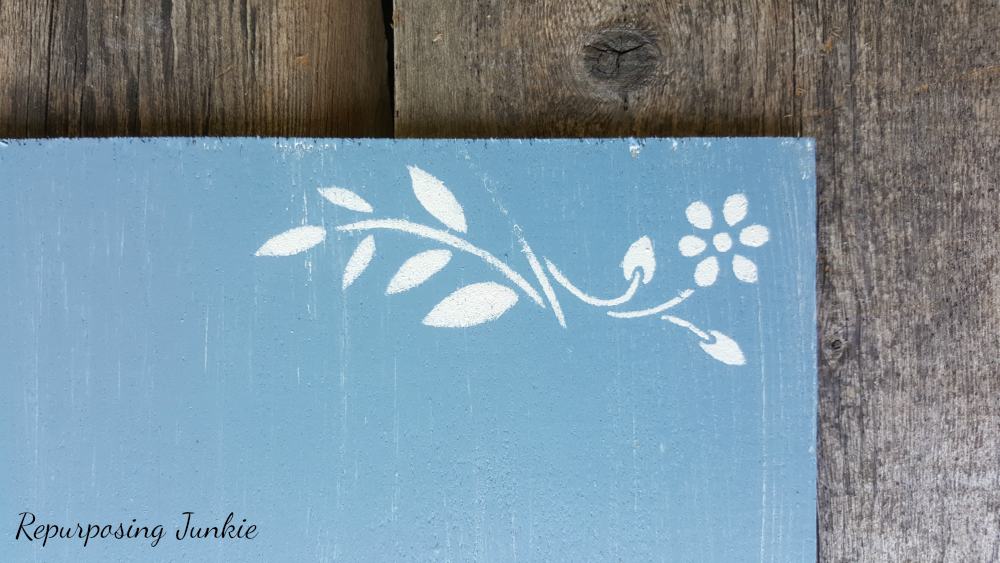 I repeated the part of the design above around the edge of the blue board, to give it a framed look.  After the paint was dry, I took a piece of 220 grit sandpaper and distressed the entire piece, hiding any oopsies in the process. 😉   Now it’s ready for an inspirational message or favorite verse or quote. 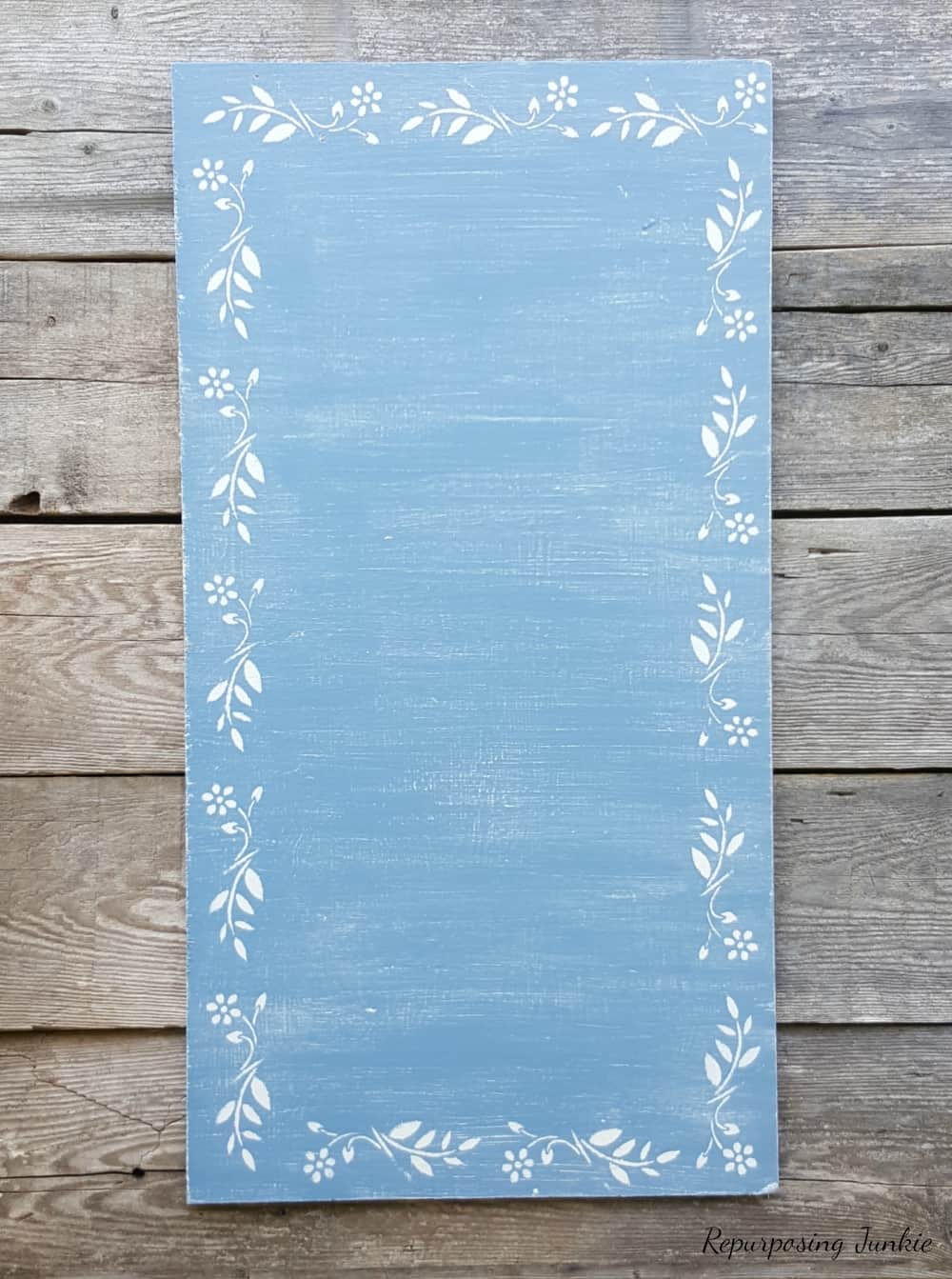 Here’s a project where I stenciled my kitchen backsplash with this floral stencil.  In fact, I bought this stencil just for this project, but implementing my secret of using parts of the pattern stencil, I have also used this stencil on nearly half a dozen other projects as well, all with a different design and look to them. 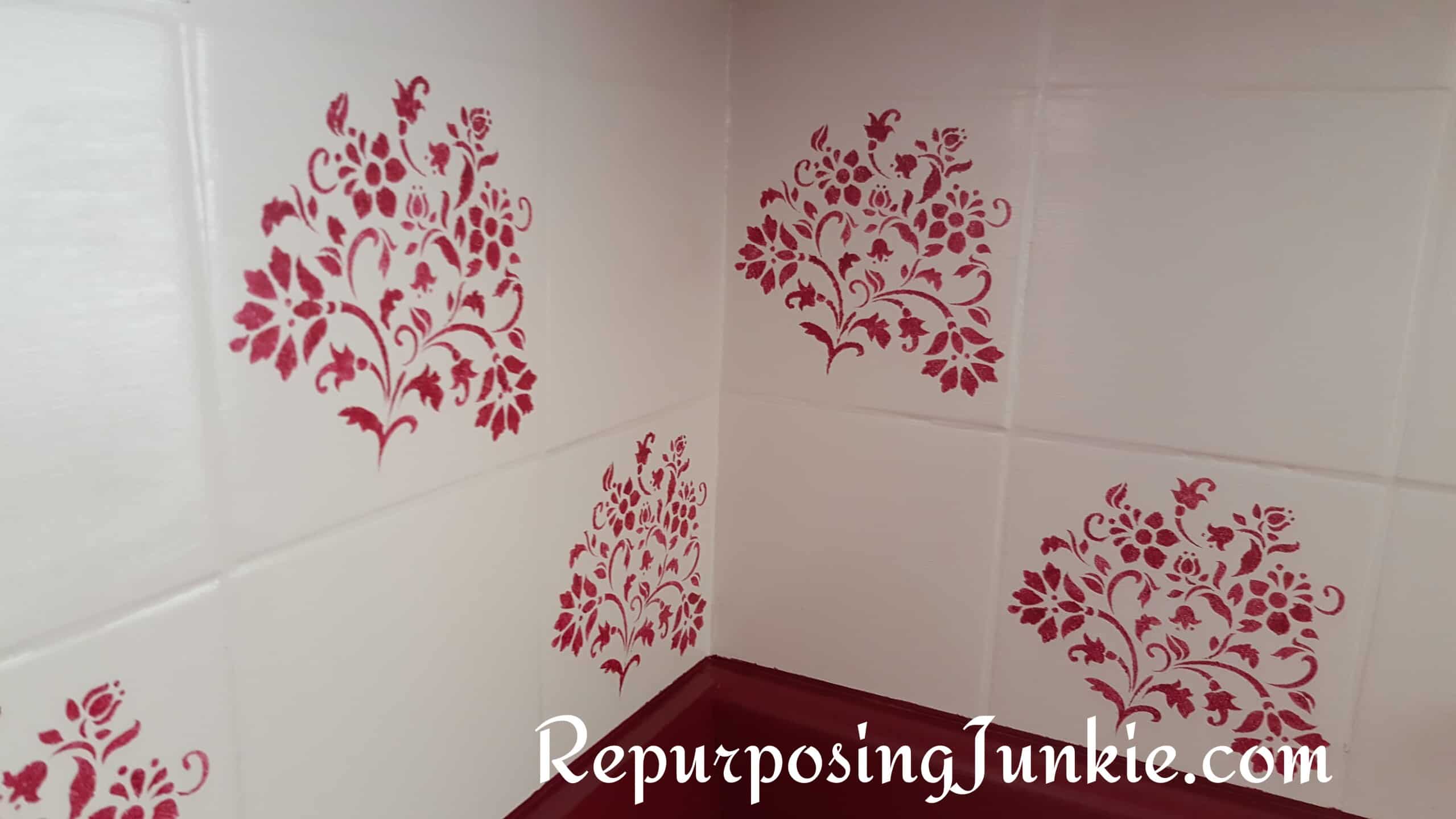 Here are some projects where I’ve used parts of the stencil pictured above, to make different designs. 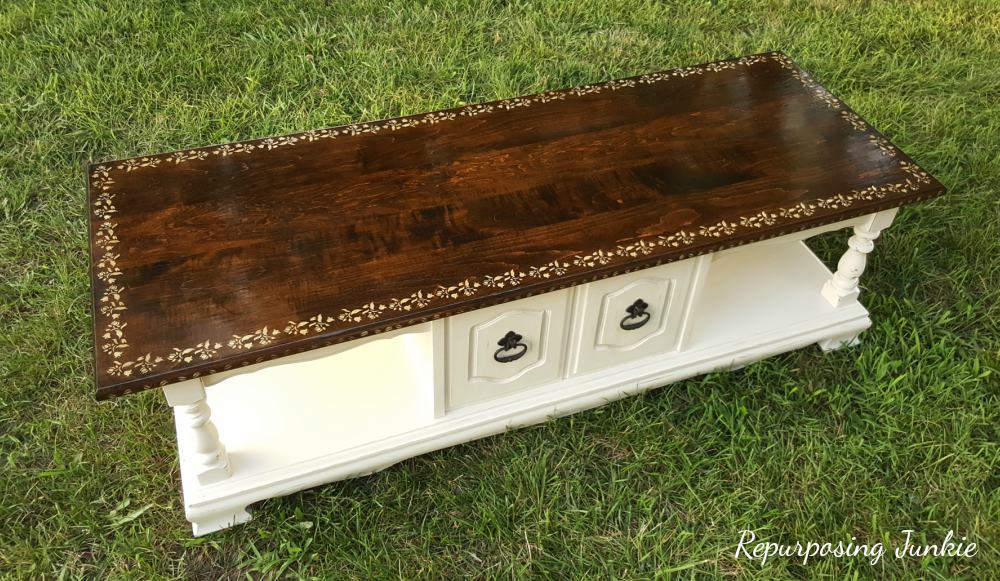 Here’s a table I stenciled using this flower stencil. 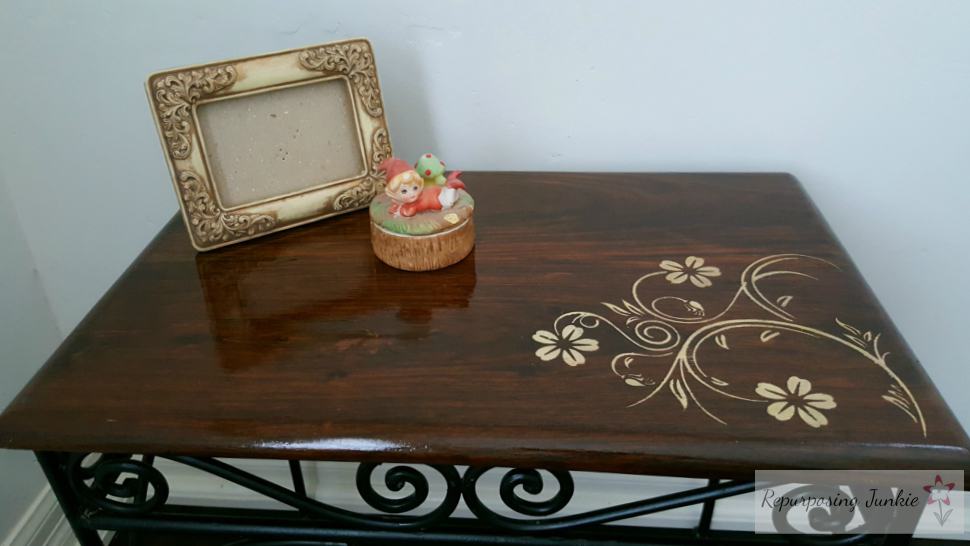 The first 3 pictures below use parts of the same flower stencil as the table. 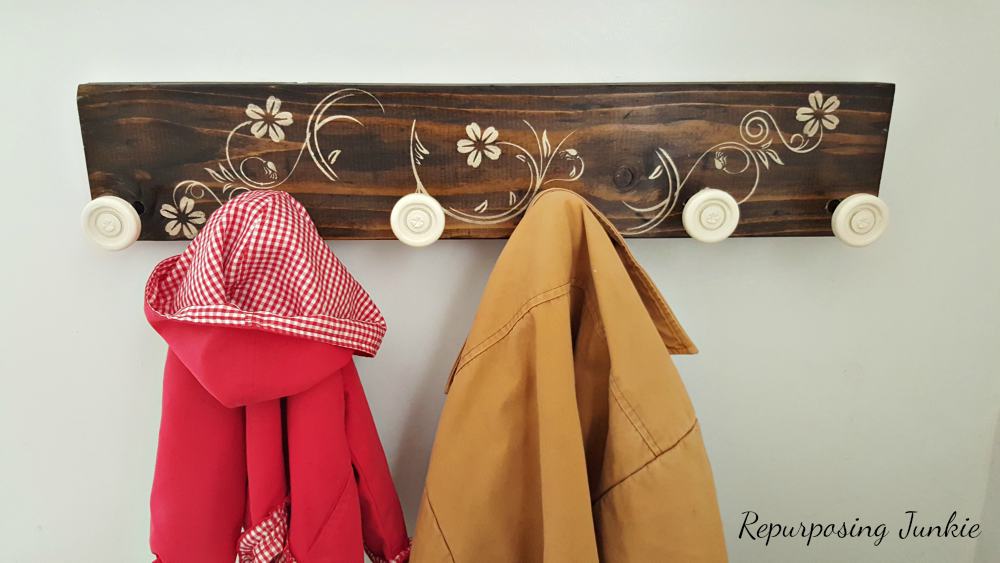 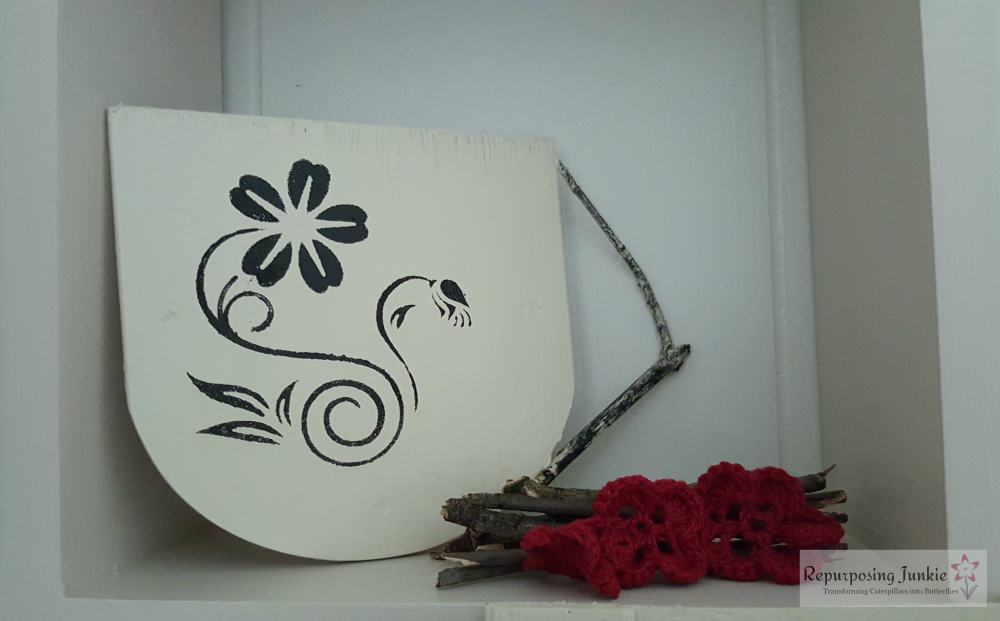 I love how much more I can get from my stencils by isolating and designing with different parts of them.  Next time you want a different design, you might want to look at your own stash and see if there’s a new stencil already there.

Thanks for sharing this post on How to Get More Out of Your Stencils Using This Simple Tip! 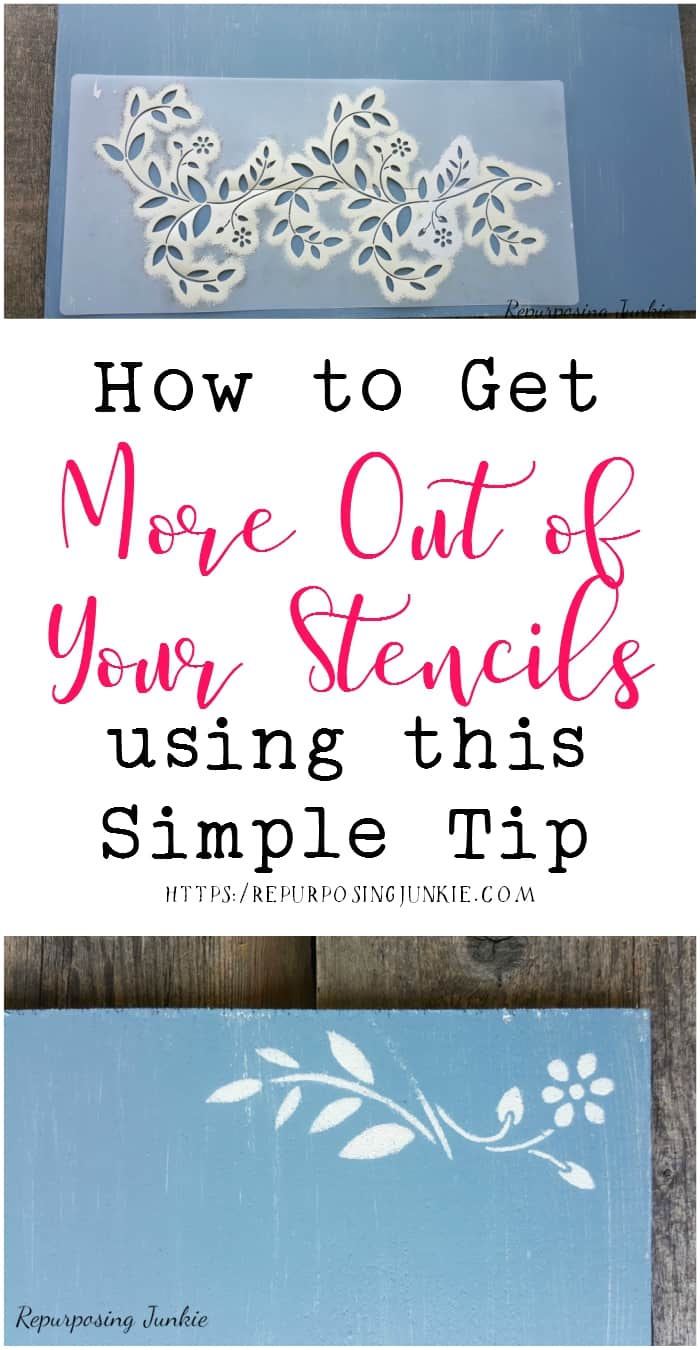