I’m still working on clearing out my repurposing stash.  Among the “junk” are some ceiling fan parts.  I had this idea to make some animal wall art using the fan blade part, but I also wanted to make a functional piece too, so that’s when I looked at the brackets wondering how I could incorporate them with animals.  Then it hit me, I’ll use the brackets to make a coat rack for my daughters’ room.  I tested my idea by holding the bracket on a piece of lumber to see if there was enough room between the lumber and bracket to hold a coat or hat, and sure enough there was plenty of room, so the project proceeded, and thus I give you, How to Repurpose Ceiling Fan Parts into a Coat Garment Rack. 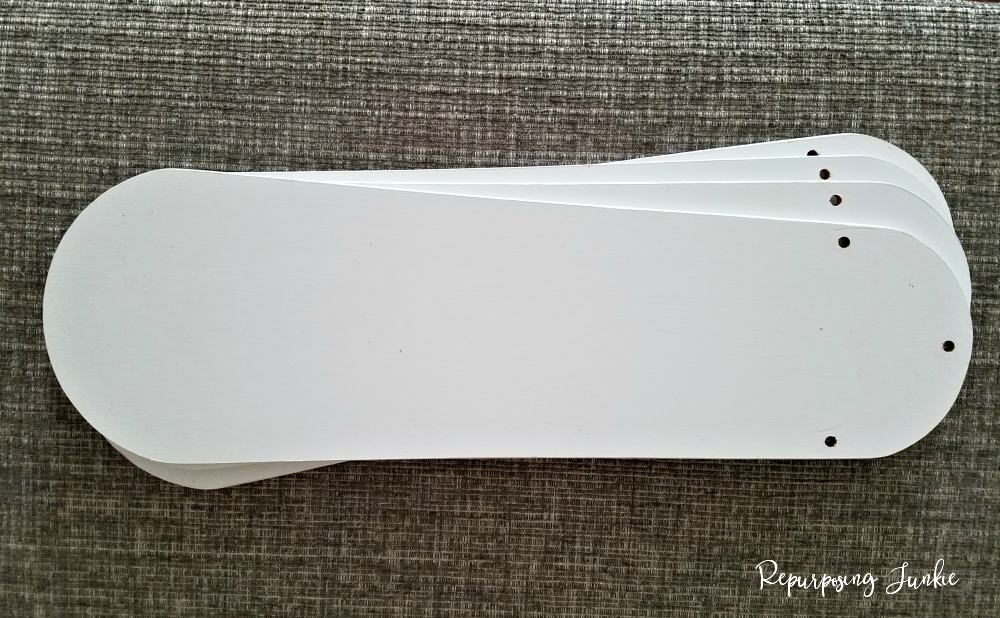 Trying to choose the right animal to make for this project was easy.  My daughters love the story of  “The Three Bears”, and so I thought it would be fitting to make them a coat rack for their room with 3 bears on it.

I cut the ends off each of the ceiling fan blades, on the miter saw.  For this project I just used the ends of 3 blades.  I had some cane left from some of the other fan blades I’ve repurposed.  Scissors were used to cut the cane into bear ear shapes, and the ears were hot glued onto the back of the fan blade tips.  Then I used a stencil brush to pounce paint on the fan blade to give it some texture. 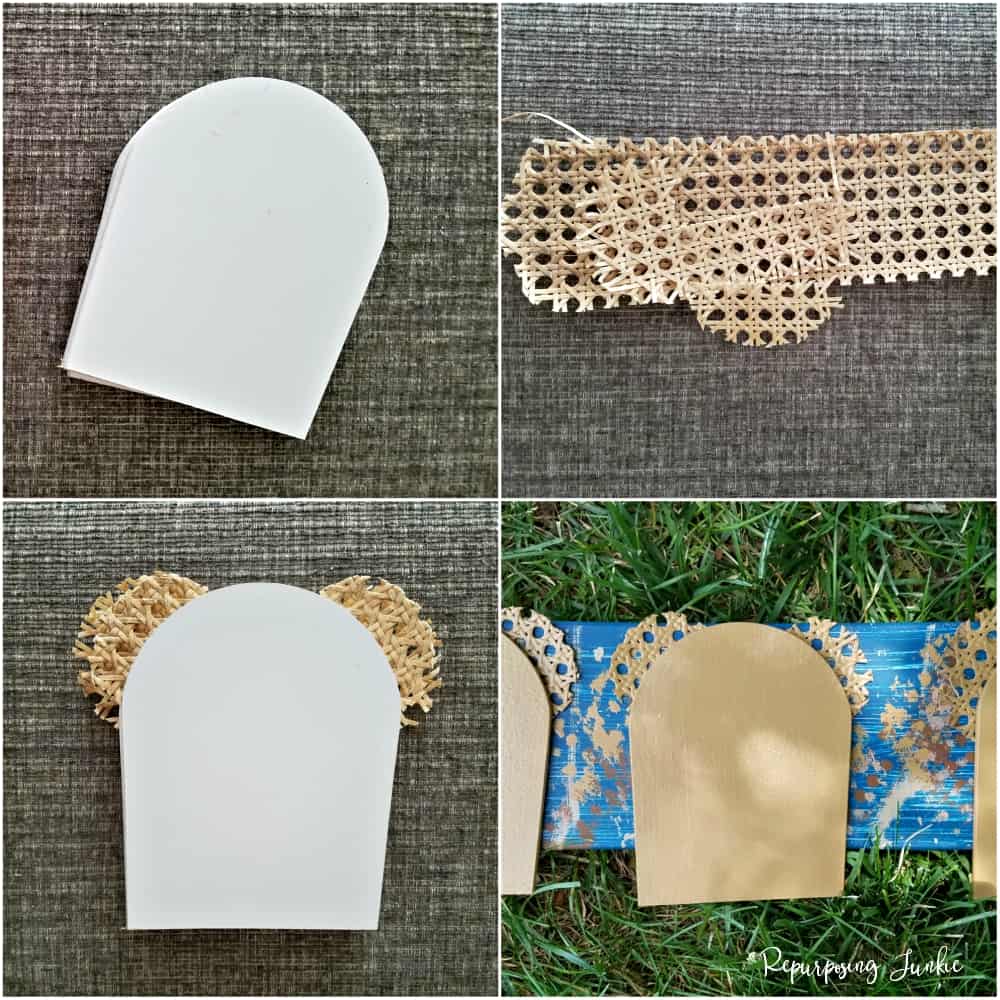 I have several of these ceiling fan brackets, and I got a few to become the coat rack hooks. 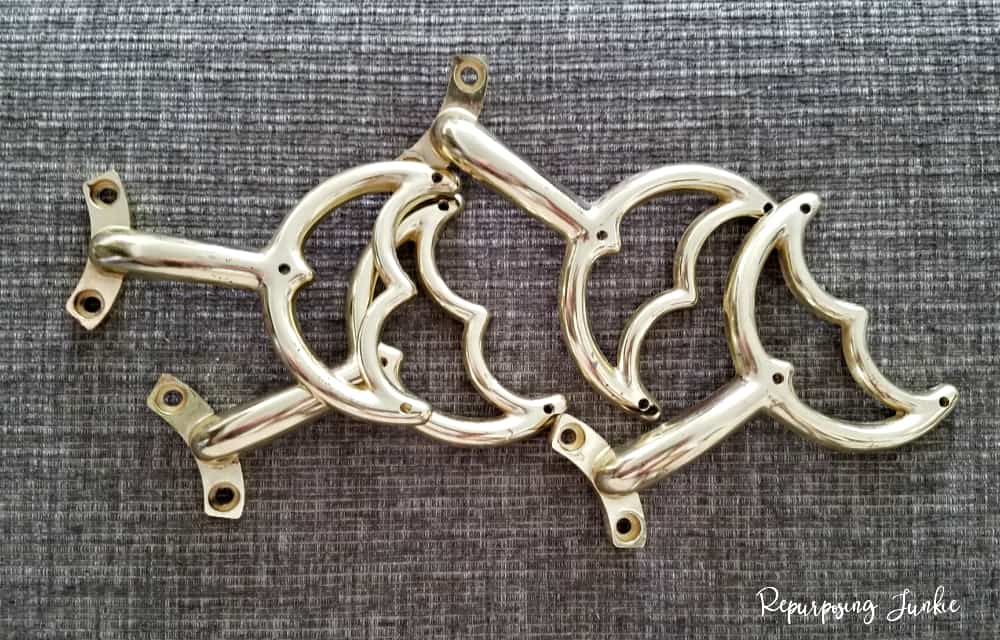 I painted both sides of the brackets the green color I’m using in my daughters’ room. I also distressed the fronts a bit so the gold would show through some. 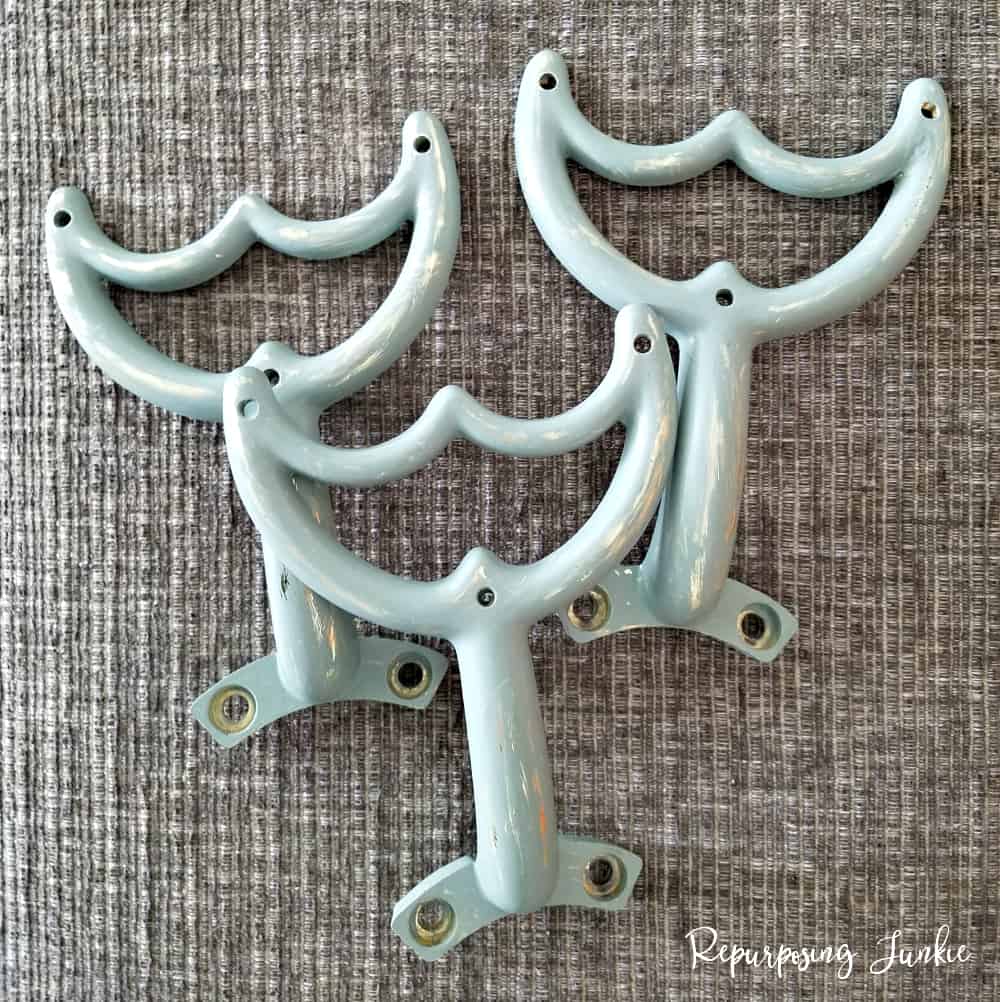 My husband cut a cabinet door in half using the table saw.  I attached 3 fan blade brackets onto the maple cabinet door using some spare screws.  The cabinet door is actually from the same piece of furniture that these drawers are from, so it matches well with the vintage decor in the girls’ room. 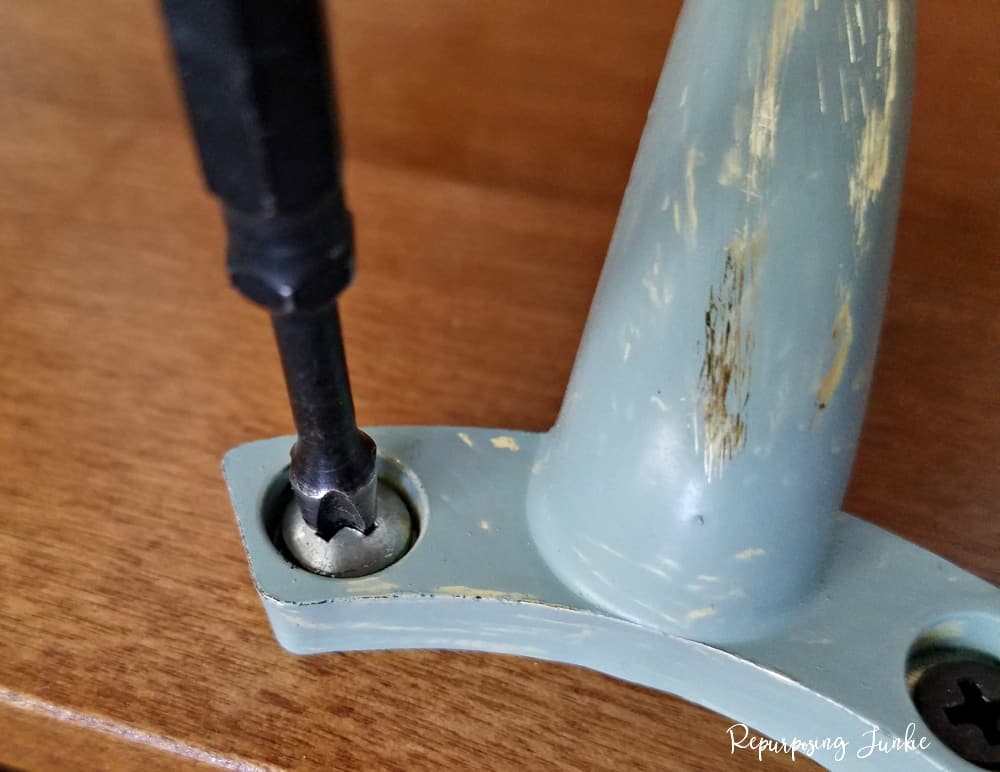 I also attached the bears onto the back of the cabinet door using very small screws, and again I just used some extras I had from previous projects.  D brackets were then fastened to the back so it can be mounted on the back of their bedroom door.

I added my flower garland stencil to the edge and coated the cabinet door with dark wax. 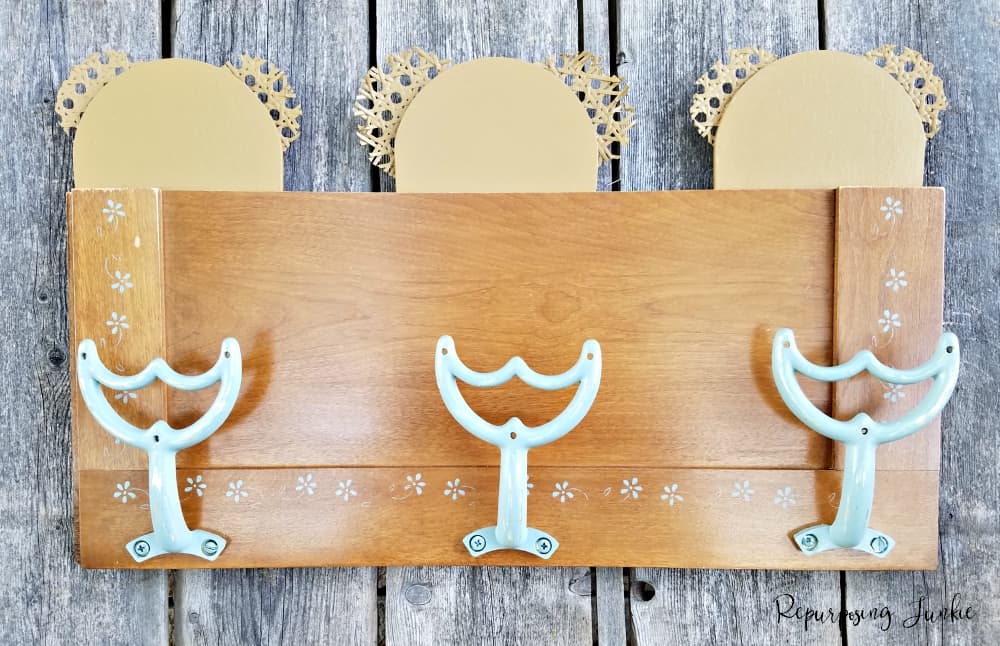 Voila, it’s ready to hold coats, hats or little purses. So what do you think? 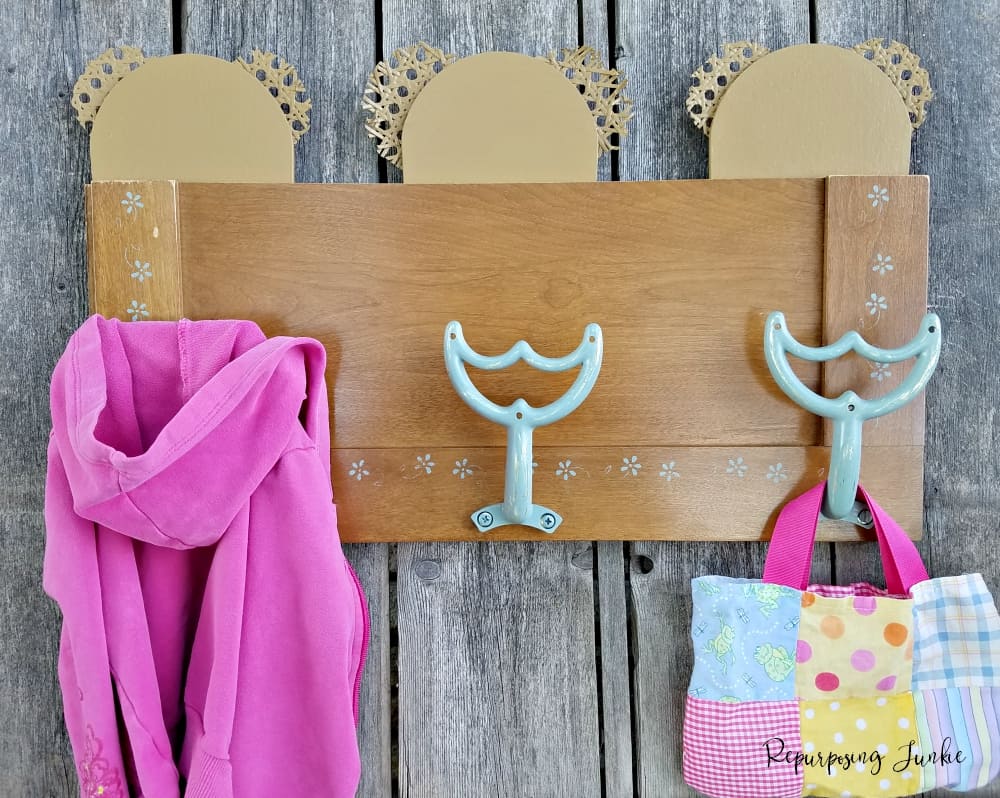 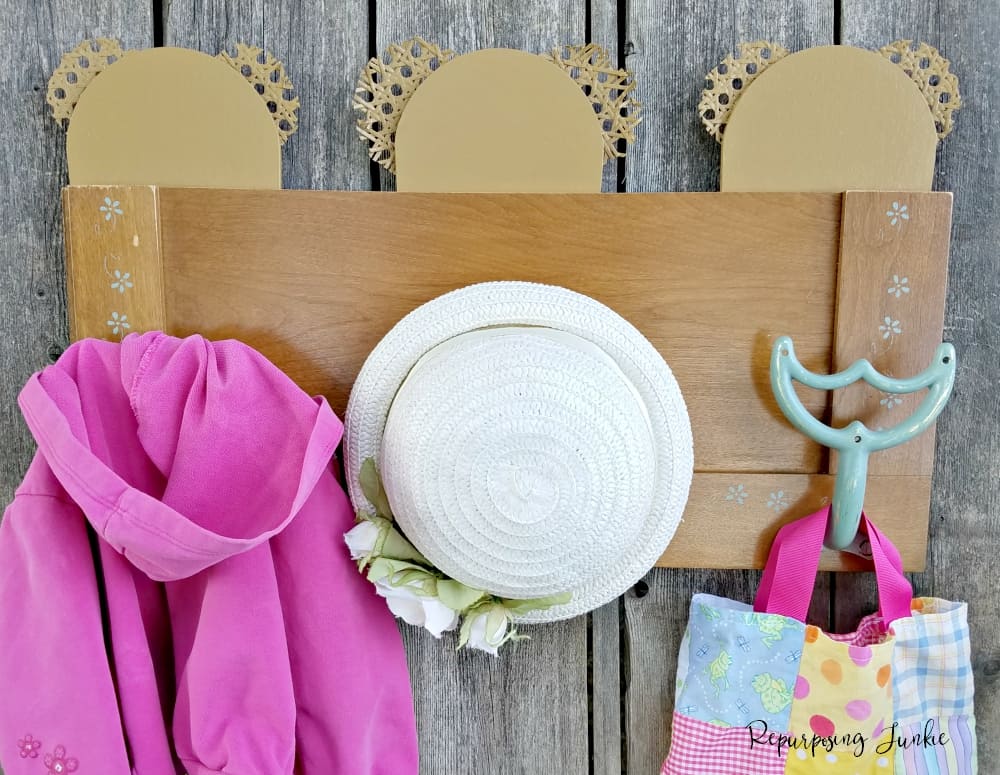 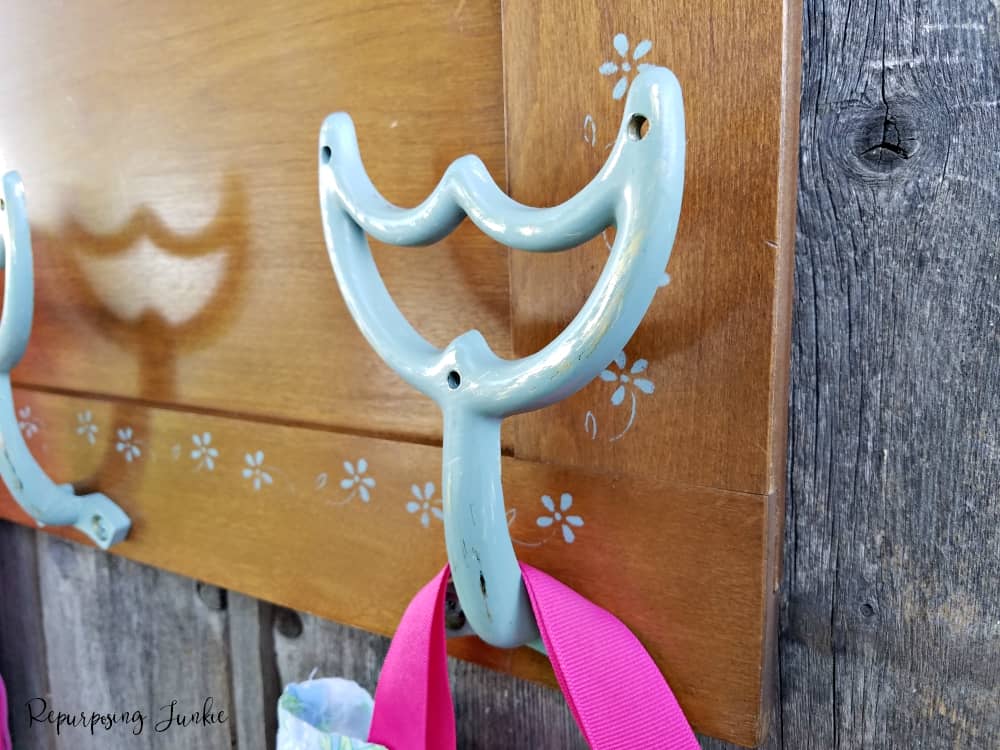 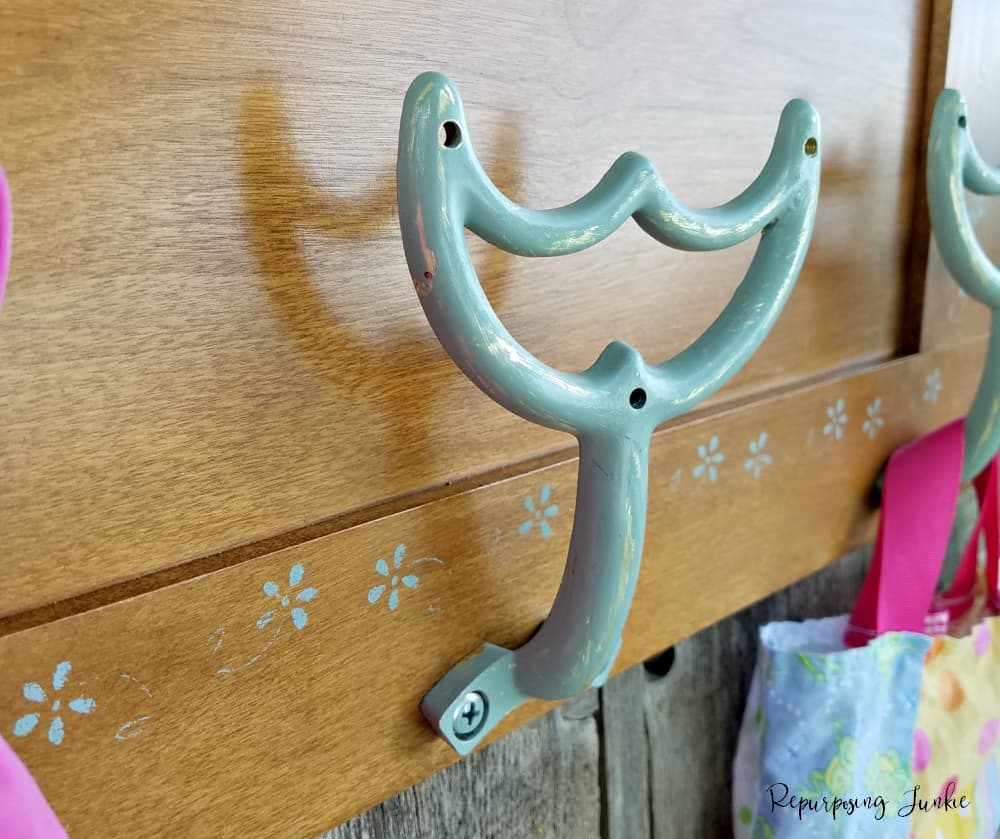 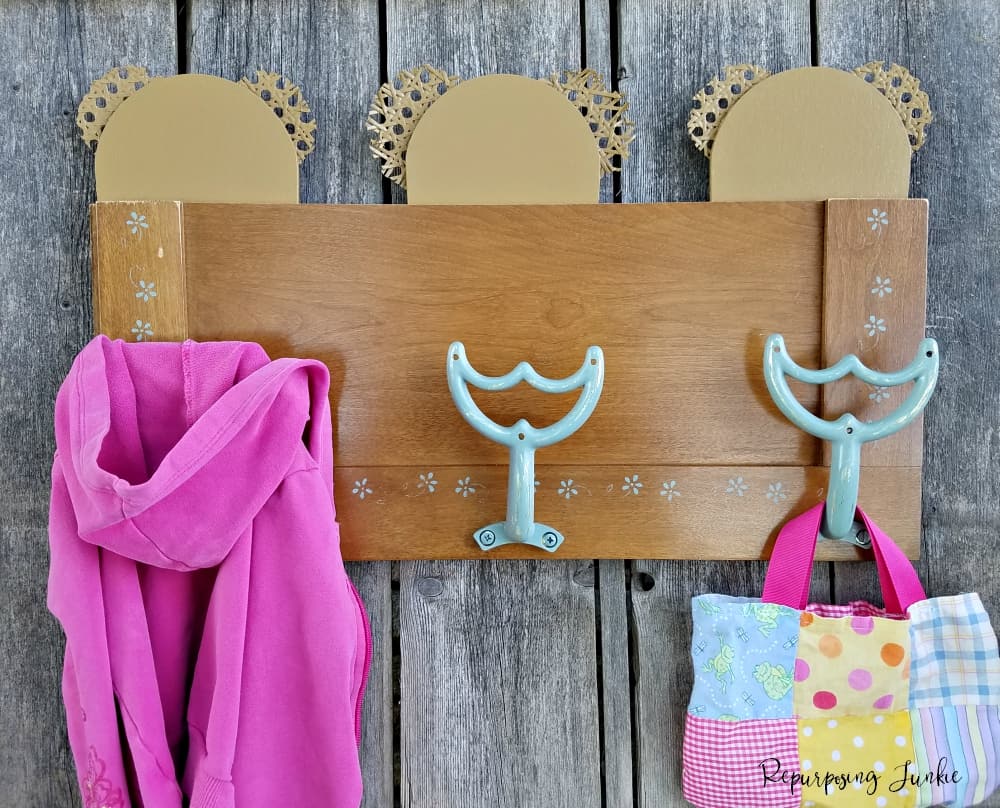 Thanks so much for sharing, How to Repurpose Ceiling Fan Parts into a Coat Garment Rack! 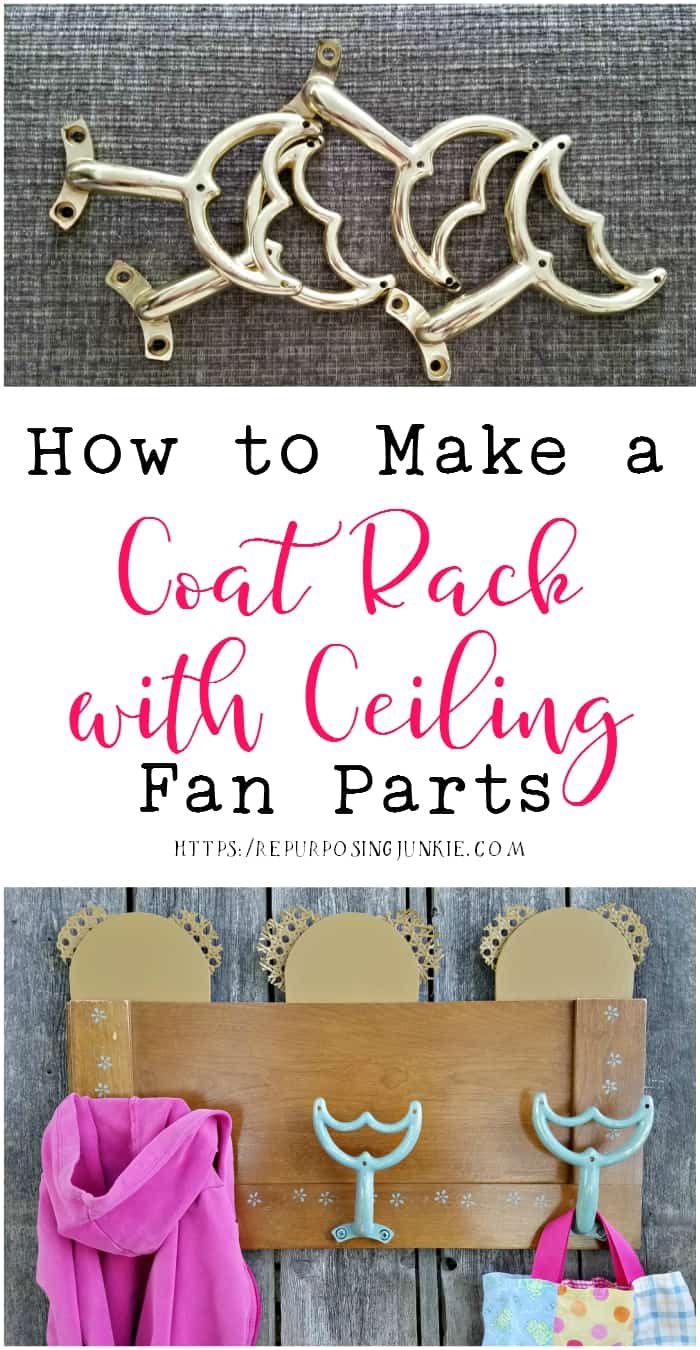 Previous Post: « How to Make a Towel Holder with an Old Faucet
Next Post: How to Make a Planter using Repurposed Fan Blades and Scrap Lumber »