In this post I’ll be sharing How to Repurpose Tuna Cans into Caterpillar Succulent Planter.

For my tin can repurpose, I had the idea to take tuna cans and turn them into a caterpillar succulent planter.  This was my first attempt at creating the planter.  It would have worked except that the cut up paint stirrers were hot glued on the front, but they didn’t want to stay on for very long, so instead of making a vertical planter it became a horizontal planter.

The first thing I did was make one of the tuna cans into a caterpillar head.  To do this I used wire cutters to cut the round part off 2 metal hangers. Then I drilled 2 small holes in the side of the tuna can where the hanger/antennae could be threaded through.  The antennae were loose in the can, so I gobbed a whole bunch of hot glue on the underneath and they stayed in place, fancy method, I know.  😉 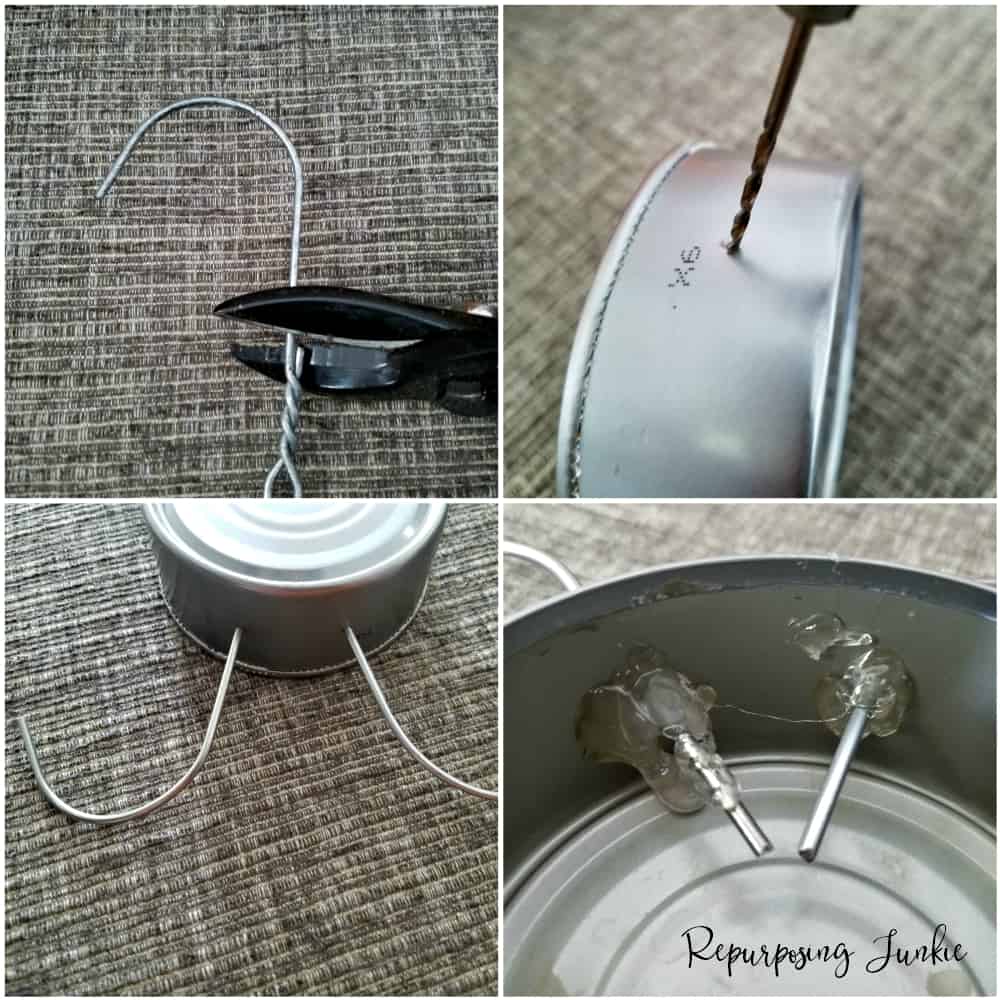 Before I mounted the tuna cans I painted them to give them a splash of color, including giving the caterpillar a face and painting his antennae green.

After the paint was dry, it was time to put it together.  I drilled through the middle of tuna cans and into the wood where I wanted them to be mounted.  Then I used the drill gun to screw the tuna cans onto the painted 2×6. 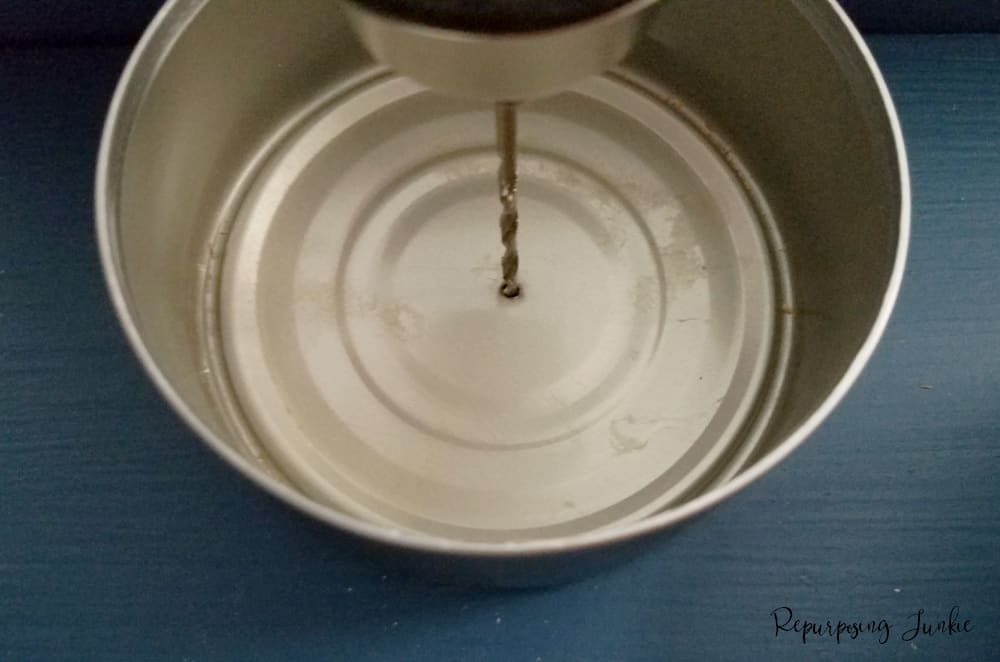 I put rocks in the bottom of the can, and then I planted the succulents.  What do you think?  Right now this planter is on the front porch, but I’m thinking this could even be a fun centerpiece for an outdoor table. 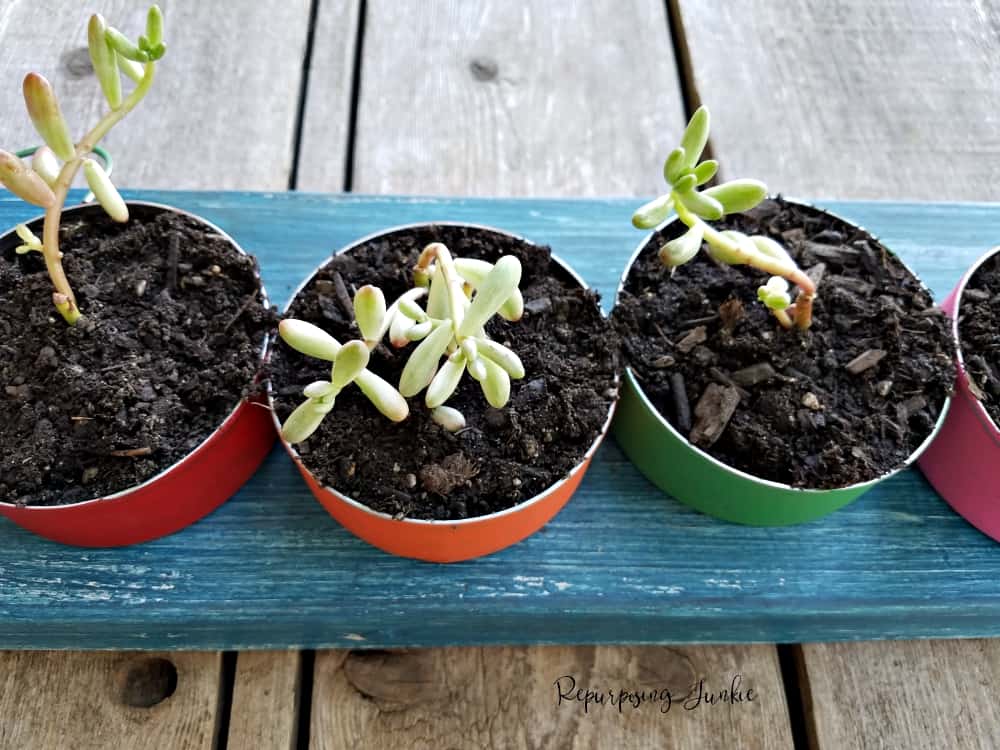 Thanks for sharing How to Repurpose Tuna Cans into Caterpillar Succulent Planter!